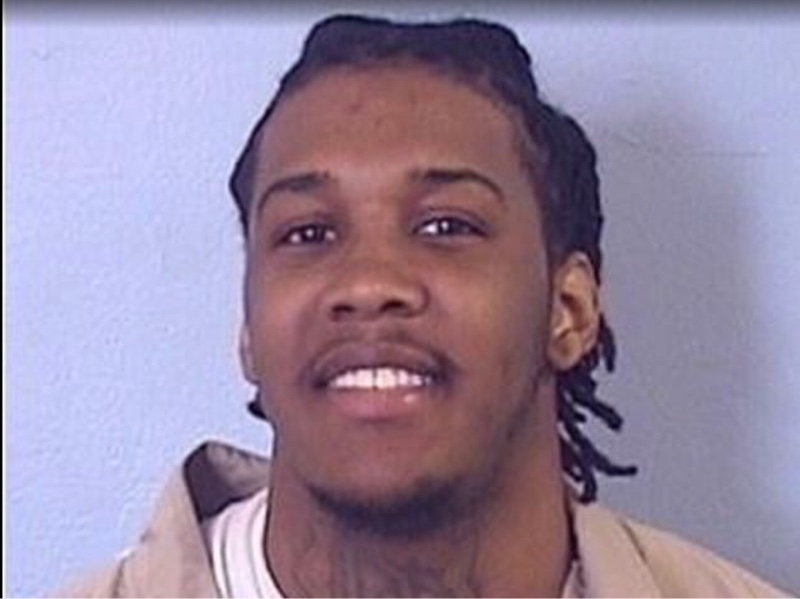 📷Darien Harris, who was convicted of murder at 18 based on the testimony of an eyewitness who was legally blind.

Dexter Saffold took the witness stand more than five years ago and described the chaos he saw at a South Side gas station in 2011.

Saffold told Cook County Circuit Judge Nicholas Ford that he watched a man shoot and kill one man there and badly wound another.

And he pointed out who did it — the defendant, Darien Harris, the man in the courtroom wearing the jail jumpsuit.

There was no physical evidence linking Harris to the shooting that left Rondell Moore dead and Quincy Woulard badly hurt.

Still, the judge, hearing the case without a jury, found Saffold persuasive. Ford called him an “honest witness” and said he’d given “unblemished” testimony. Largely based on that testimony, he found Harris guilty and sent him to prison for 76 years for murder.

But what the judge and the accused didn’t know was that Saffold had been deemed legally blind years earlier by his doctors and the U.S. government, the result of advanced glaucoma.

Now, Harris, 26, is trying to get his conviction overturned, citing the eyewitness’s previously unrevealed vision problems and also that, when asked about his vision, Saffold testified he had no problem seeing.

“The mere fact that fact that he lied under oath about his ability to see should alone call his testimony into question,” Harris’s attorney says in a filing that asks the Cook County state’s attorney’s Conviction Integrity Unit to review the case.

The application for review notes that another witness, who wasn’t called to testify, has provided a sworn statement saying detectives pressured him to identify someone he didn’t believe was the shooter.

The state’s attorney’s office would only confirm that the case is under review.

The shooting happened around 8:20 p.m. on June 7, 2011, at the BP station at 6600 S. Stony Island Ave. Moore and his brother Ronald Moore pulled in with car trouble. Woulard, a mechanic, was working under the hood when a Lexus pulled up.

According to prosecutors, Harris got out of the car and started shooting. Rondell Moore was shot three times in the back. Woulard was hit in the chest and under his right arm.

Harris had turned 18 three months before the shooting. According to court records, he came from a stable family and had no previous criminal record, and he got his high school equivalency diploma while awaiting trial.

When Harris went on trial in 2014, Saffold testified that he was heading home from a fast-food joint on his motorized scooter and was maybe 18 feet away when the gunfire started. He told the judge the shooter bumped into him, nearly causing him to drop the gun, as he ran off.

The issue of Saffold’s vision came up when Harris’s lawyer asked whether the man had diabetes. Saffold said he did. Asked by the lawyer whether he had any vision problems, Saffold said, “Yes, I do,” then said that, no, he didn’t have any difficulty seeing and continued to testify.

Saffold’s vision problems have been documented in lawsuits he’s filed over a span of 16 years against colleges, a landlord and two employers. He said they discriminated against him because of his visual disability and sight limitations, court records show.

According to the records, Saffold started receiving Social Security disability benefits in 2002 because of his vision, which a doctor diagnosed as 20/400 in both eyes. That means that something a person with normal vision could see 400 feet away, he’d see only if he was just 20 feet away. And his field of vision was measured at 10 degrees in each eye, records show — 20 degrees or less, and a person is legally blind.

One of the doctor’s notes stating that eyewitness Dexter Saffold is legally blind. It was written in 2002 — nine years before Saffold testified that he saw Darien Harris shoot a man to death at a South Side gas station. The note was filed with a request by Harris to the Cook County state’s attorney’s Conviction Integrity Unit to review his case.

In one case, Saffold sued the City Colleges of Chicago in federal court in 2012. He said that after he enrolled in an adult education class at Wilbur Wright College on the Northwest Side in 2011 and gave medical documentation of his visual disability, he was to be provided with a note-taker, enlarged-print documents in class, a visual monitor and additional time during test-taking.

But he didn’t get the accommodations, according to his lawsuit, which said he struggled as a result to see the board in class, take notes and participate. Saffold settled out of court for an undisclosed amount about three months before testifying against Harris.

In an interview, Saffold says the shooter was near enough that he could see and identify him.

“I don’t know that man for nothing in the world,” Saffold says of Harris. “All I know is that, on this particular day, he shot somebody.”

Saffold, who says his eyesight has worsened to 20/800 but varies day to day, says he told prosecutors before Harris’s trial about his vision problems.

Neither of them, Jane Sack and Denise Loiterstein, responded to requests for comment.

Judge Nicholas Ford, who convicted Darien Harris and sentenced him to 76 years in prison largely on the testimony of an eyewitness he wasn’t told was legally blind. | Sun-Times files

Jodie Toney, then 53, was working at the gas station and later told police he was about to ask the man whose car had broken down at the pump if he needed antifreeze. Toney said that’s when the shooter got there.

The gas station attendant also told them he recognized the gunman, that about an hour earlier the man had threatened to “blow his head off.” Toney called the police because he thought the man was stealing something.

Lead detectives Isaac Lambert and Devinn Jones had Toney view a lineup including Harris at what was then Area Two police headquarters about a week after the shooting. Toney didn’t identify anyone as the shooter, according to police reports.

In a sworn statement taken last June by Harris’s current lawyer and a defense investigator, Toney said the detectives coached him before the lineup, showing him a mug shot and telling him the main in that photo was the shooter.

Toney said he told them no, that it wasn’t who he saw shoot Moore and Woulard. He said the detectives then had him view the lineup and that the shooter wasn’t there.

Toney said in the affidavit that the detectives got angry and that he thought they were pressuring him. He said they told him that, if he made the identification, “It will be one bad guy off the street.”

Toney wasn’t called to testify in 2014. He said in the statement that he was never contacted by Harris’s attorney prior to trial.

Since 2016, the Chicago Police Department has, under most circumstances, prohibited detectives who are involved in an investigation from overseeing lineups.

In 2011, though, Saffold, Toney and Ronald Moore were shown lineups by one or both of the lead detectives, according to police records.

Saffold says he remembers the identification process well. About a week after the shooting, he says he went to the police station, where he viewed a physical lineup and several photo arrays. Saffold says he can’t remember whether the photo arrays or the physical lineup were shown to him first but that in each instance he was able to identify Harris.

Saffold says he didn’t feel pressured to pick him and that the detectives wanted him to be absolutely sure before he made any identification.

During Harris’s trial, prosecutors entered as evidence the physical lineup that Saffold viewed and said that’s when he identified Harris as the shooter.

They did not mention the photo lineups Saffold says he was shown. Nor were any additional lineups noted in the police reports.

A police spokesman wouldn’t make Jones or Lambert, who both have been promoted to sergeant since the Harris case, available for an interview.

Two other witnesses linked Harris to the shooting, including one who recanted his identification in court, saying detectives had pressured him.

Aaron Jones, who was driving a black Lexus that the police pulled over right after the shooting, testified that he gave Harris a ride to the gas station before the shooting. Near the end of his testimony, though, Jones cursed and recanted the identification he’d made to detectives of Harris, which came after he was held for two days in police custody.

After being scolded by Ford, Jones testified that detectives told him he could face life in prison and that, as a result of that threat, he told them “whatever they wanted to hear.”

Ronald Moore, the brother of the man killed, identified Harris in a lineup and in court. But he testified that was after friends showed him a music video in which Harris appeared and so did Jones’s black Lexus.

It cited Moore’s “apparent animosity” toward Harris in acknowledging his credibility could be at issue. It also said Jones’s courtroom recantation put his identification of Harris in doubt.

The video showed a man whose thin build and short hairstyle generally fit Harris. But it doesn’t show the shooting or the shooter’s face, which prosecutors acknowledged in their closing argument.

TONY KHAN AGREES!!! There are reasons to Block Superstars From Third Party Platforms.

School Board of Education Votes Against African American History Class